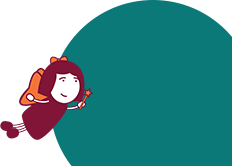 Helping the whole family get to sleep

When a child doesn’t get enough sleep, it can affect the whole family. Jane’s daughter went through a number of sleep therapies before our sleep practitioners helped them plan a personalised program that ensured a good night’s sleep for everyone.

Jane’s daughter was struggling to sleep. After trying a number of sleep therapies, it felt like there was nothing that would work. Despite needing 11 hours of sleep a night, her daughter had a sleep period of about nine hours, in which she was waking up up to four times a night, and taking hours to settle again.

Jane’s daughter had never learned to self-settle at sleep time, and when she came into a waking period of her circadian rhythm she was full waking, and unable to settle herself back to sleep. Because she wasn’t getting the required amount of sleep during the night, Jane allowed her to sleep as long as she needed during her morning nap, meaning she was having too much sleep during the day.

Jane was putting her child to bed and sitting with her until she was asleep and then slipping out of the room, sometimes sleeping on the floor to help her daughter sleep.

Jane came to work with our sleep practitioners, who helped her develop a personalised sleep program, which included training for her daughter to learn to self-settle, with the hope that this would stop her night waking. Daytime naps were limited to no more than one hour.

Our Sleep Fairies also helped Jane plan an hour-long bedtime routine, which included foods that would help induce sleep by creating melatonin for supper, the advantages of fine finger and hand-eye co-ordination activities, and the importance of a bath before bed time.

A month later, at her follow-up appointment, Jane reported that they had had 100% success within the first two weeks of putting the sleep program in place.

Our sleep practitioners focus on increasing skills and knowledge for parents, so they’re better able to deal with sleep issues as and when they arrive. In Jane’s case, they were completely successful in helping everyone to get a good night’s sleep!

(Names have been changed to provide anonymity.)