Unique Ways offer a term time only service, however, skeleton staff cover is in place where possible during school holidays. We recommend that you ring the office first (01422 343 090) before turning up to check that someone is working in the office. Thank You The Unique Ways Team
X Close
Text Size: A A A
Colour: C C C C
01422 343 090

This is Liz’s Story

At our Annual General Meeting we heard about the human aspect of the work we do at Unique Ways.  This is Liz’s story. 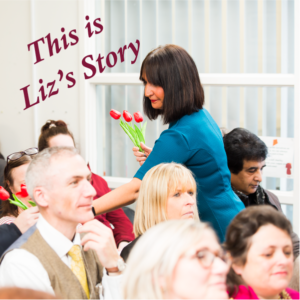 I’m a parent to a seven-year-old girl who struggles emotionally and has violent challenging behaviour.  She’s really sensory, mouths everything, very touchy feely, has many meltdowns and often attacks me as a way to communicate. She struggles with sleep and had night terrors as a toddler as well as severe colic as a baby.

Her ‘different’ behaviour became more apparent when she started preschool and they regularly commented that she was defiant, sometimes hurting other children, struggled to socialise, struggled to eat her lunch and became very attached to one of the staff there. I used to dread picking her up as was never sure what I would be told she’d done wrong that day.

I got a family support worker and we started having regular TAC meetings prior to her starting school.  I was sent on a parenting course by the family support worker, which just confirmed to me that there was more going on with her than with other kids her age as she didn’t respond ‘as expected’ to the usual parenting strategies they were teaching us. I also felt like I didn’t really have anything in common with the other parents attending as my child was presenting with different issues.

I was feeling at an all-time low.  My confidence in my abilities as a parent has been squashed.

The parenting course wasn’t helping, but having quite the opposite effect and making me realise I was facing an impossible challenge.

I used to turn up to preschool in tears – when I finally managed to get her there.  One of the pre-school parents had recently attended an ‘Insider’s Guide’ course for challenging behaviour and it sounded really interesting but I was scared and dubious as it was another place I had to ring myself. They suggested I contact Amanda at Unique Ways myself to see if I could book myself on this course.

I eventually plucked up courage and rang them. They were kind to me and invited me to pop up to see them.  I was nervous but excited about going there, as up to that point no one seemed to really understand or believe what I was going through and I always felt like I was a rubbish parent with no boundaries.  I arrived at Unique Ways to be greeted by Amanda with a massive hug and a cup of tea and biscuits.  I just broke down in tears. She listened to me and believed me.  I wasn’t judged but finally felt accepted as a mum with a child who could possibly have additional needs rather than it being my bad parenting. Oh gosh I couldn’t believe it, I could just be me and pour my heart out to someone who understood and didn’t question me in an accusing way. Amanda booked me onto a course and invited me to the monthly coffee mornings which were a godsend.  To be able to talk to other parents going through similar things to me was just what I needed.

I attended the course which was run by a trainer and a parent.  It lasted 6 weeks and was truly amazing.  I was so emotional every time I came, but I met other parents in the same boat as me, some with diagnosis’s and some without, but I could share and learn from everyone here. If I was late, it was ok.  If I cried, that was ok.  I could just be me.  I was in disbelief that I’d found this place and the people here were genuinely kind and didn’t judge or criticise me, but actually wanted to help me and signpost me in the right direction even though I didn’t have a diagnosis for my child.

This course was just the start of my journey.  I attended many more and have made some great friends and learnt so much because of Unique Ways.

I had been ostracised by other parents at school as my daughter was labelled as the naughty child who hurt others. She didn’t get invited to parties or play dates, but she actually couldn’t cope at these events anyway without having a meltdown after about 45 minutes. Sensory overload!  School reported her bad behaviour to me on a daily basis in front of other parents and children.  I was in a world of dealing with people who didn’t seem to understand my child and all the blame was then put onto me and my parenting and I was labelled as an over anxious, over protective, needy parent.

Lots has happened in the last 5 years and I’m still trying to find the right help and strategies for my daughter, but I’m in a much better place than I was before first coming through the doors of this wonderful place.

The staff and parents here have given me the confidence and strength to deal with the challenges I’m facing.  It’s not easy, but I’m able to cope and more knowledgeable about what’s available and I know they’re always here to listen and help me.

I haven’t worked since my daughter was born due to being made redundant when she was a baby, but I would have struggled to hold down any job due to the amount of times she’s been poorly and the number of appointments and meetings I’ve had to attend, but I felt I wanted to give something back to the place which gave me so much, so I applied and was successful in getting a volunteering role at Unique Ways.  I started just before Christmas and I absolutely love it.  It feels so good to come here and work with the amazing people that help so many of us struggling parents to just exist and feel like we are worthwhile.  Thank you Unique Ways for being here for me.